Lady Kara does not like to repeat herself. She prefers saying something and getting it to be done the way the wants. But this loser was dumb and he had to ask her many times and he did not do things the way she wanted half the time. So she cruelly trampled him to signal to him that he needed to pull up his socks and learn to understand things better.

Mistress Alika is a savage person. She did not like this guy but for some strange reason, he had a crush on her and was being a pain in the ass for her. So she savagely used her ass to punish and humiliate him. She pooped but she did not wipe herself properly. She wanted her butt to stink and then use it to humiliate the guy. She called him to her house and she had him smell and lick her ass. 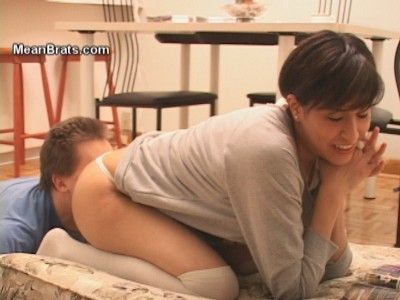 This mistress had given her slave some money to go and buy some stuff for her but he did not buy what she wanted. He went and looked for cheap imitations and then pocketed the rest of the money hoping she would not find out what he had done. She did and she punished him for being dishonest. She crushed his face savagely as punishment to make sure he never did that again.

Mistress BlackDiamoond an her friend lady Carmen are savage girls. They like to inflict pain on guys especially insensitive jerks. Today they had this guy was being punished because he had made fun of lady Carmen for being big bodied. The mistresses did not let him get away with it and they whipped him painfully till his butt was all red and in pain. He begged for mercy and promised never to do it again.

These mistresses were told of how this loser had bullied one of their members. They had been bullied a lot and they resolved to form a group to look out for their own interests and protect themselves. So when they heard one of their friends had been bullied, the bully was made to experience the worst pain he had ever felt. He was trampled by all the mistresses at the same time. He never bullied anyone again.

Lady Sara tortures slave to keep him from snitching

Mistress Gaia and mistress Ezada lost their money in this guy's con game. They laughed when they realized they had been conned. Then they looked for the guy and they had him undressed and tied up. After that, the mistresses kicked his balls and crushed them as hard as they could. They tortured him slowly without any hurry and he was made to pay them with interest before they let him go.

Lady Krasaviza was relaxing at home when she realized that her slave had not been cleaning the house properly. She had never had a lot of time in the house so she had never noticed. He only cleaned the visible areas and the ones he knew she would easily find out and left the rest. She was mad about it and she used dirty socks to humiliate the slave. She paid attention to the whole house from then on and he did not have anywhere to hide anymore.

Lady Karame is one of the mistresses who do not punish slaves without any justifiable reason. She has to have a reason before she does it and most of the time the reason is pretty simple. She punishes and tortures a loser or a slave when he or she has messed up. Today her slave stole from her and as punishment, she kicked him in the balls and made him regret what he had done. 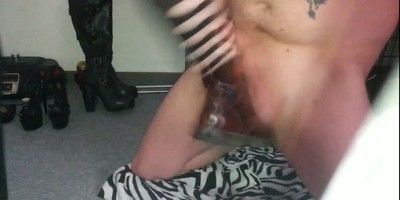 Madame Svea is one of those mistresses who hate small dicks. For her, it is not worth her time and instead of fucking a guy with a small dick, she humiliates him or her. That is what she did to this loser who wanted to fuck her but he had a small penis. She trampled it with her bare feet and she made fun of it instead of riding it.