All articles tagged with "Boots"

Mistress Nicole was paid to torture this guy and she did it as cruelly as she could. She chose to teach him a lesson that he would not forget in a hurry. The mistress threw the guy down and she tortured him as cruelly as she could. She, among other things, crushed his balls and smothered his face. She laughed at him as he cried and told him she was just doing her job.

These mistresses are lesbians but they do not look like it. They get a lot of guys wanting to fuck them until they realize they are lesbians. Upon learning that they were lesbians, this guy told them he could fuck them till they became straight. They were pissed at him but they hid it. They took him home but instead of fucking him, they savagely punished him. He was whipped,slapped, trampled and even made to swallow their saliva.

Madame Marissa had not punished her slave for some time now. She had to make sure he did not take her for granted so she punished him just to remind him that she was still the same mistress who did not tolerate nonsense. She crushed him with her boots and stomped him painfully. He cried and begged for mercy but she did not listen to anything he said till she was done.

Mistress punishes slave in her car

This mistress went for a drive with her slave but it was not to have fun. She wanted to punish him so they drove till she was satisfied they had come to a secluded area and they pulled over. She then made her slave lie on the backseat and she facesat on him. She nearly choked him as she sat on his nose and his mouth and he could not breathe properly. 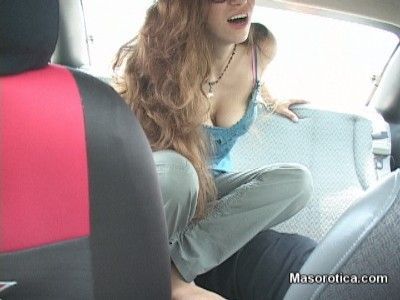 My hiking boots are totally muddy after a nice long walk in the woods and I haven't cleaned them yet. I walk up to my slave while holding the boots in my hands and I put the first one on. I put my foot on his face while I tie the shoe and after putting on the second shoe as well, I get on his naked chest and clean my boots on his skin. I also step on his head and use his face as a doormat for my muddy boots. In the end, his chest and face are completely covered in mud and my boots are more or less clean.

Miss Elise has her slave down on his back and marches up and down his body using her full weight to cause as much pain as possible in her high heel boots. She got him down to the floor by kicking him with all of her strength right in his stomach and balls until he doubled over, unable to move an inch. Then she went to work with her boots.

Miss Jenna and her cruel girlfriend has some fun with their devoted boot boy. They turn him into a shoe rack by placing several pairs of shoes on his bare chest. They make him lick the dirty bottoms of their high-heeled boots much to their delight. Miss Jenna even puts a pair of black boots on his face. They treat him like a doormat but he doesn't bitch or complain for one moment.

Madame Marissa wants to have some fun and break in her new slave. She just got some cake from her favorite bakery but she's not hungry. She spits on it and throws it on the ground and steps all over it. Smooshing it under her boots. Then she makes her loser slave lick it all up. She makes sure it's all gone. Then she makes him lick her boots clean.

Aileen Taylor looked sexy and her slave did not complement her. She was mad because he always did. So she punished him for it. She made him remove his shirt and she trampled him with his shirt off. She used her high heels to trample him and he said he will never forget again. But she removed her high heels and continued trampling and torturing him with her bare feet.

Candy and Aurora are two tall friends who haven't seen each other in a while. To celebrate, they work on torturing and humiliating a slave together. He's a big fat slave so they make him lie down so they can trample his entire fat body. Their tiny feet disappear into his massive frame. Aurora tramples his body in boots while Candy tramples him with shoes and they are both deadly.