All articles tagged with "Humiliation"

Goddess Grazi wanted to rest and so she used this slave as a human pouffe. She knew it was humiliating and it was painful for him to bend that way for a long time but it did not bother her. It served the slave right because it was his wrongs that had led her to want to do that to her in the first place. So he had to blame himself. 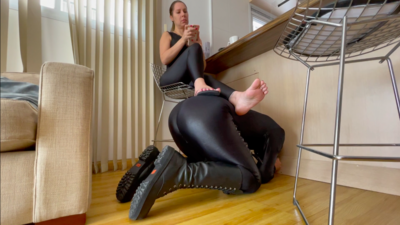 Princess Quinn does not like to let people walk all over her. She likes to dominate and humiliate people in a way they can never be humiliated again. That is why today she went out of her way to dominate this guy with her sneakers. The mistress crushed his balls and she did it as hard as she could because he was a bigot and he did not deserve any sympathy. 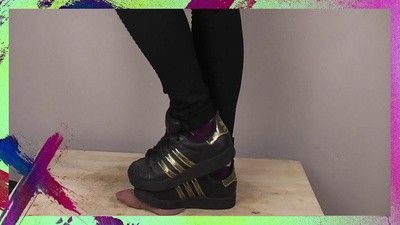 This mistress is a sadist but this guy did not know that about her. He took things for granted and he ended up angering her. And that was when he learned as well as realized that she was not the person he thought she was. This is because she cruelly turned him into a shit slave and she forced him to eat her shit as well as drink her urine.

Mistress Saida is a hot girl. She has big tits and a curvy ass. She has full lips and knows how to tease and deny. But today she was not in the mood to tease and deny. She just wanted to degrade this guy and she did it in a savage manner as she smoked. She also used him as her human ashtray and scared the shit out of him.

Mistress gives guy a taste of her savagery

This mistress is a savage but this guy had never tasted her savagery. He messed with her and she let it slide. But she gave him a warning with her eyes which he missed. And the next time he messed with her, he was not so lucky as the mistress gave him a taste of it. He was scratched and trampled until he regretted what he had done and promised not to do it.

This loser happened to be at the wrong place at the wrong time. He thought he was going to have fun with these mistresses, and at first he did, but he realized they were just interested in their own fun and not his. He was shaken when they farted on him and they forced him to smell it and also to lick their asses. And it was not optional to him.

Goddesses use heels to punish slave

This slave was not as obedient as he needed to be and goddess Alice and her friend chose to teach him how he needed to behave. He was forced to lie down after being left with only his boxer. Then they had him lick their high heels and when he was done, he was made to endure being trampled with their high heels. It was painful but he was forbidden from crying.

This guy did not think that madame Marissa was a savage. She did not care but he pissed her off and that is why she had to do something about it. The mistress chose to do it in a manner he would never forget by stomping his stomach and doing it as painfully as she could. She did not go easy on him as she felt he deserved the maximum punishment.

Mistress Natasha is a savage and she knows how to scare losers and that is what she did today to this loser. She used her high heels to scare the shit out of him. The mistress made him place his hands on the floor and she trampled him with the high heels she was wearing. That is how she scared him shitless and he did the things she wanted from then on.